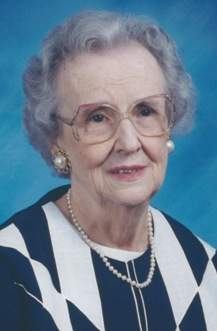 Mrs. Alta C. (Sparks) Crawley of Campbellsville passed away on Saturday, January 26, 2019 at the Summit Manor Nursing Home, being 92 years, 2 months, and 15 days of age. She was born in Cumberland County on November 11, 1926 to the late Talmage and Bobie (Traylor) Sparks. Mrs. Crawley had made a profession of faith in Christ and was a member of St. Mark United Methodist Church. As a young lady, she met and fell in love with Mr. Herman Crawley, and they married on December 28, 1946. They remained a devoted couple until his death in 1990. She enjoyed quilting and gardening, and was a children's Sunday School teacher along with Laverne Stone for over 40 years at her church.

She leaves to cherish her memory:

Three children: Stephen Crawley and wife Lora, and Charles Crawley, all of Campbellsville, and Charlotte Grider of Columbia,

She was also preceded in death by two brothers, Preston Sparks and Howard Sparks; a sister, Maxine Cole; and a daughter-in-law, Laura Jo Buckles.

The family will receive friends on Tuesday, January 29, from 10:00 AM until time for the service.