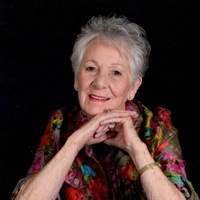 She professed faith in Christ and was a member of Campbellsville Christian Church.

After almost thirty years of service, Barbara retired as an Instructor with Fruit of the Loom. She enjoyed watching basketball and football, especially when the UK Wildcats were playing.

She was also preceded in death by one brother and one sister:  Charles Wright and Jean Ford.