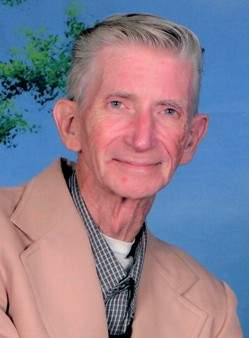 Bro. Billie Ray Whitehouse of Campbellsville was born on November 23, 1942 in Frankfort to the late Jessie Wallace and Geneva (Peyton) Whitehouse. He departed this life on Saturday, January 2, 2021 at the Taylor Regional Hospital after an illness. He was a factory certified mechanic and a retiree of Bluegrass Lincoln Mercury in Louisville and Don Franklin Ford in Columbia, where he had worked a combined 45 years. Although his talents as a mechanic were well-deserved and established, his true passion in life was in spreading God’s love to the world. In 2003, he took a pastorship and started Beulahland Community Church. His many kindnesses and encouraging words helped lift many broken and wounded spirits.

And a host of other family and friends.

He was also preceded in death by a son, David Ray Whitehouse in 2020; a sister, Shirley Young in 2020; a brother as an infant; and a step-son, Larry Hicks, Jr.

The family will receive friends for a walk-through visitation on Wednesday, January 6, 2021 from 10:00AM until 12:00PM in the chapel of the L.R. Petty Funeral Home, 1765 New Columbia Rd, Campbellsville, KY.

There will be a private funeral service for Bro. Whitehouse officiated by Bro. Doug Acree held at a later date. Burial will follow in the Campbellsville Memorial Gardens Cemetery.