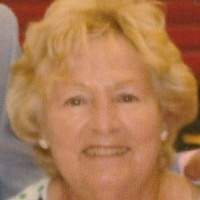 She professed faith in Christ and was a member of Pitman Valley Baptist Church.

Brenda was a former employee of Fruit of the Loom, secretary for her husband, Dan and the family business, Watson Plumbing and she was a beautician and had her own shop. More recently Brenda was a teacher’s aide for the Taylor County School System. She was a member of the American Legion Auxiliary at the Edwards O’Banion Post No. 82. In her spare time she enjoyed being outdoors with her pets, Chip and Sherlock and working in the yard. Nothing could compare to spending time with her grandchildren and being involved in their lives.

She was also preceded in death by one sister and one brother: Wesley Drake and Patsy Bray.