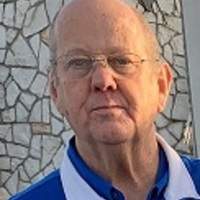 He was a former employee of Fruit of the Loom and Cox Interior.

Calvin was a great family man; he never met a stranger and would talk as long as anyone would talk to him. He enjoyed watching Andy Griffith reruns and Westerns and loved watching soap operas after work with Brenda but always claimed only she liked them. He was a big University of Kentucky Basketball fan and a fan of any team playing Duke University.

Calvin united in marriage to Brenda Wright who survives.

Besides his wife, Brenda Montgomery of Campbellsville, he is survived by one daughter, Dana Withrow of Lebanon; five grandchildren: Jaye Withrow (Calvin’s best friend for 29 years) and wife, Ashley of Bedford, Aliah King and Raven King of Lebanon and Eric Perkins and Kayla Bishop and husband, Tim of Columbia; one sister, Louise Scott of Columbia, several nieces and nephews and many other relatives and friends.

He was preceded in death by a daughter, Michelle Pepper Graybeal, a grandchild, Brooke King and two sisters: Wanda Brewer and Helen Montgomery.