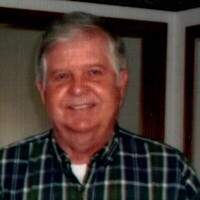 Mr. Charles Allen Lemons, Jr., age 77 of Louisville, Kentucky returned to his Heavenly Father on Thursday, October 6, 2022. He was born on December 14, 1944 in Lebanon, Kentucky. Mr. Lemons worked for General Electric in the tool and dye department for multiple years. He served honorably in the United States Navy. Mr. Lemons is preceded in death by his parents; Charles and Hazel Lemons.

Charles was the patriarch of the family. He understood the term family and lived the family life on the daily basis. His world revolved around his grandchildren. He loved taking his grandchildren to school and seeing their friends and watching the events they took part in. Charles was a friend to everyone and made sure that they were included, even if it was just making sure they had a conversation with someone. He was the kind of man who never met a stranger and would do anything to help you.

A private graveside service will be held at a later time. Friends and family may pay their respects on Monday, October 10, 2022 from 10:00am until 12:00pm Noon.