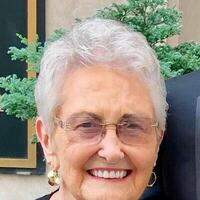 She professed faith in Christ and was a member of 3Trees Church. She loved God and her family above all.

Clara was retired from Fruit of the Loom after 42 years service.

She was a hard worker. She never met a stranger and loved to talk to with everyone and tell stories old and new. Her infectious smile will certainly be missed. She was always up for anything as long as her family was involved; her favorite days were when they all got together for a meal. She was a tremendous cook. She never failed to tell her children and grandchildren how much she loved them and that she was proud of them.

AS MANDATED BY THE GOVERNOR, SERVICES WILL BE PRIVATE.