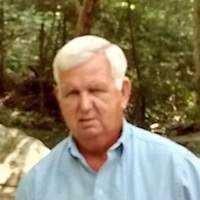 He served his country honorably in the United States Army. He was awarded the

David was self-employed as owner and operator of David’s Auto Sales.

Favorite hobbies of David’s was collecting and working on cars. He also enjoyed going to stock car races and was always picking on those he liked.

his mother, Frances Dudgeon of Campbellsville; three sisters: Jen Wright and husband, John and Helen Sebastian of Campbellsville and Lenn Beatty of Lancaster; several nieces and nephews and many other relatives and friends.