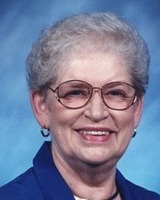 She professed faith in Christ and was a member of Hogards Chapel United Methodist Church.

Dorene was a bookkeeper with Taylor County RECC after thirty-seven years of service.

She was also preceded in death by a brother, Linzie Dowell.

The family would like to say a special thank you to Kristy, Karen and Gayle with Hosparus of Green River, as well as Cindy Willar, Lisa Mitchell and Veronica Parker for their time spent caring for Dorene at home.