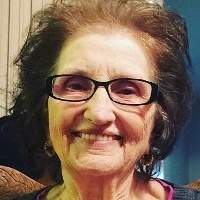 She professed faith in Christ and was a member of Campbellsville Christian Church.

Earlene was a talented seamstress having worked at Brack’s and Magnolia Alley making custom window treatments.

She later united in marriage to John Holtzclaw June 10, 2000.

She was also preceded in death by one son, Ronnie L. Bright and three sisters and one brother: Leona Cable, Bennie Warren, Gertrude Bright and Lewis Hicks.