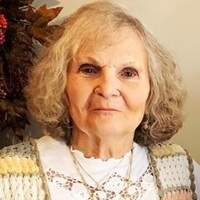 She professed faith in Christ and was a member of Campbellsville Baptist Church.

She was a retired employee of Fruit of the Loom for thirty years.

Marie united in marriage to Jack Garnett January 9, 1952 and he preceded her in death September 8, 2018.

She is survived by one daughter, Donna Clark and husband, Kim of Campbellsville

Private graveside service will be held for the family.