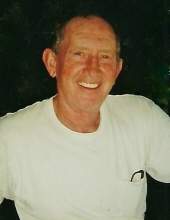 Mr. Lionel Harry Kessler of Greensburg, Kentucky, son of the late Colby Wayne Kessler and Nona Helen Clark Kessler, was born on Wednesday, March 7, 1945 in Green County, Kentucky and departed this life on Tuesday, April 16, 2019 at his home. He was 74 years, one month, and nine days of age.
He was Baptized into Christ in 1978 and was a member of the Sunny Hill Drive Church of Christ in Campbellsville. He was a farmer and long time master auto mechanic. He began his automotive career as instructor with the automotive class at the Green County Area Vocational School. He then became owner/operator of the Greensburg Chevron Station on Main St in Greensburg. He went on to own and operate the "Kessler Automotive" business out of the old Chevrolet Dealership. He then operated his auto repair from the "Harry Kessler Repair" on S. Thurlow Rd, and finally at Locust Grove Road in Greensburg.
He served on the Green County Ambulance Board, twice was appointed to serve on the Green/Taylor Water Board, where he was an active trustee at the time of his death. He was a previous member of the Green County Chamber of Commerce, the Lions Club, and a founding member of the Green County Country Club.
Besides his parents, he was preceded in death by his first wife: Janie Durham Kessler on November 30, 1970, having united in marriage in 1964. He later united in marriage to Brenda Lobb Kessler of Greensburg having united in marriage on August 7, 1971 who survives.
Other survivors include his son and daughter-in-law: Richie and Sonya Kessler of Campbellsville; a daughter and son-in-law: Amy and Tim Shuffett of Greensburg; three grandchildren: Samuel Colby Kessler of Campbellsville, Amelia Kate Judd, and Allie Rachel Judd both of Greensburg; a sister: Marilyn Kessler Pruitt of Greensburg; brothers-in-law and sisters-in-law: Becky Kessler of Franklin, David and Susan Hudgins of Louisville, Tom and Fran Durham, and Connie Kessler all of Greensburg; and a host of other relatives and friends.
Mr. Kessler was also preceded in death by his step-mother: Beatrice Allen Kessler; father-in-law and mother-in-law: Adrain and Beatrice Lobb; two brothers: Michael Wayne Kessler, and James Donald Kessler; step-brother: Jessie Allen and his wife, Ernestine; brothers-in-law: Donnie Pruitt, John Durham and Malcolm Kessler.
..................................
The funeral services for Harry Kessler will be conducted at 2:00 P.M., Central Time, Sunday, April 21, 2019 at the Cowherd and Parrott Funeral Home with burial in the Campbellsville Memorial Gardens. Bro. Steve Lee and Richie Kessler officiating.
Visitation is requested from 3 P.M. until 8 P.M., Central Time, Saturday at the Cowherd and Parrott Funeral Home and after 7 A.M., Sunday until time of the funeral service.
The family has asked that expressions of sympathy take the form of donations to the American Lung Association or Hosparus of Green River, which can be made at the funeral home.
For online condolences log onto: www.cowherdandparrott.com or Facebook.
PALLBEARERS: David Pierce, Eddie Durham, Lee Durham, Ray Altman, Bryan Kessler, Billy Joe Lowe
HONORARY PALLBEARERS: Sunny Hill Drive Church of Christ Family, Mike Pruitt, Jim Kessler, Steve Kessler, Quinn Lowe, Chris Lowe, Bronson Pierce, Bendal Bagby, Dennye Vanarsdale, Steve William, Thomas McMahan, William Earl Milby, Darrell Goff, Darren Goff, Gary Purvis, Wayne Edwards, Trevor Young, Kendrick Akers, Shaun Murray, James Henderson, Johnny Henderson, Arvil Martin, Fats Coffey, Kenneth Harris, Mike Price, Mike Bills, Joseph Wilcoxson, David Wilcoxson, Edward Price, Bruce Kessler, David Wright