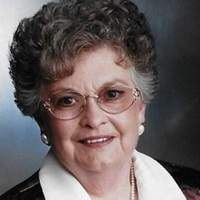 Helen Thomas Smith of Campbellsville, daughter of the late Jesse James Thomas and Pauline Wright Thomas, was born July 15, 1931 in Taylor County, Kentucky.  She died at 5:56 A.M., Thursday, June 3, 2021 in Campbellsville.  Age:  89
She professed faith in Christ and was a life-long member of Spurlington United Methodist Church.
She united in marriage to Kenneth Ray Smith October 10, 1950 and he preceded her in death April 23, 2001.

She was preceded in death by one sister, Kaye Thomas Bennett.