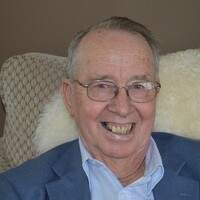 He professed faith in Christ and was a member of Friendship Baptist Church, where he had served as a deacon, church treasurer, worship leader and was a Sunday School teacher for over forty years.

He united in marriage to Geraldine Goff January 30, 1952.

He was also preceded in death by a son and daughter-in-law, Paul M. and Tammy Jones and one brother and one sister:  Vontress Jones and Louise Mings.