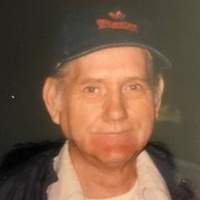 He professed faith in Christ and was a member of the South Campbellsville Baptist Church.

He was a veteran of Korean Conflict having served his country honorably in the United States Army.

Howard was a self-employed carpenter and built several houses in the community. His favorite hobbies were antiquing and collecting. He will be remembered as a very kind and compassionate person.

He was also preceded in death by two brothers and one sister: Paul E. Smith, Tommy Smith and Mable Petrey and one niece and one nephew: Debbie Fleming and Mike Smith.