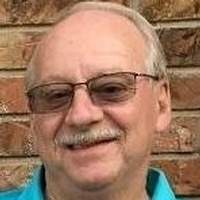 Jim Milby of Campbellsville, son of the late Earl Milby and Allie Wood Milby, was born June 30, 1947 in Taylor County, Kentucky. He died at 3:50 A.M., Saturday, June 30, 2018 in Campbellsville. Age: 71
He professed faith in Christ and was a member of Mt. Roberts Baptist Church.
Jim served his country honorably in the United States Army. He was a retired employee of UPS and was as a member of the Pitman Masonic Lodge #124 F & AM.
Jim united in marriage to Linda Phipps on July 25, 1970.
Besides his wife, Linda Milby of Campbellsville, he is survived by one son and one daughter: Jeremy Milby and wife, Sarah of Campbellsville and Nicole Milby of Lexington; five grandchildren: McCall Milby, Keegan Milby, Myla Milby, Jake Gupton and Hannah Gupton; two brothers and one sister: Bill Milby, Bob Milby and wife, Jane and Lucille Orange of Campbellsville; his mother-in-law, Faye Colvin; one sister-in-law and one brother-in-law, Kathy George and Kenneth Phipps all of Campbellsville; several nieces and nephews and many other relatives and friends.
He was also preceded in death by his sister, Aileen Skaggs on April 13, 2017.