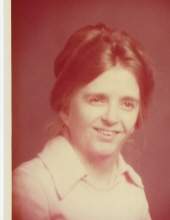 O B I T U A R Y
Janice Akin of Campbellsville, Kentucky, daughter of the late Cecil Thomas Akin and Olive Hazel Bell Bratcher, was born on Friday, November 19, 1943 in Green County and departed this life on Saturday, July 20, 2019 at the Taylor Regional Hospital. She was 75 years, eight months, and one day of age.
She had made a profession of faith in Christ, was a faithful Christian, and was a medical transcriptionist.
Survived by two sisters and a brother-in-law: Judith Ferriel of Elizabethtown, and Annabelle and William Earl Henderson of Summersville; and a host of nieces, nephews, other relatives and friends.
.......................................
The funeral services for Janice Akin will be conducted at 10:00 A.M., Central Time, Tuesday, July 23, 2019 at the Cowherd and Parrott Funeral Home with burial to follow in the Campbellsville Memorial Gardens. Bro. Bill Denk officiating.
Visitation is requested from 4 P.M. until 8 P.M., Central Time Monday at the Cowherd and Parrott Funeral Home and after 7 A.M., Tuesday until time of the funeral service.
For online condolences log onto: www.cowherdandparrott.com or Facebook.
PALLBEARERS:
Earl Young Henderson, Jack Henderson, Thomas Henderson,
John Henderson, Chuck Wise, James Henderson