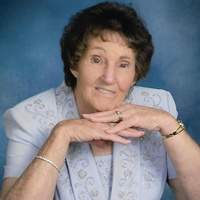 Joanna McCarty of Campbellsville, daughter of the late Harry Chaney and Jewell Bryant Chaney, was born September 30, 1937 in Fayette County, Kentucky.  She died at 1:45 P.M., Wednesday, December 19, 2018 in Campbellsville.   Age: 81

She professed faith in Christ and was an active member of Lowell Avenue Baptist Church.

Joanna was a devoted wife, mother and grandmother, was co-owner and operator of Druther’s Restaurant in Campbellsville with her husband, Charles and she enjoyed helping at the food bank.

She was preceded in death by two sisters, Betty Martin and Cindy Gaede.