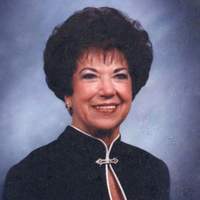 LaVerne was a Christian woman and was baptized in Green River when she was eleven. As a child, she joined Pikes Ridge Baptist Church and later joined Green River Memorial Baptist Church where she remained a member until the time of her passing.

LaVerne worked for four years at the ASC office, Union Underwear for twenty years, Kentucky Governor Louie B. Nunn Safety Department and worked her last eight years before retirement in the office of the Taylor County High School.