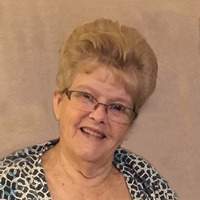 Leona Hayes of Campbellsville, formerly of Florida, daughter of the late Tomie Emerson and Mattie McElroy Emerson, was born September 8, 1941 in Casey County, Kentucky. She died at 4:40 P.M., Wednesday, June 24, 2020 in Louisville. Age: 78
She professed faith in Christ and was a member of Lake Asbury Baptist Church in Green Cove Springs, Florida.
She united in marriage to Carper Hayes October 30, 1964.
Besides her husband, Carper Hayes of Campbellsville, Leona is survived by
one daughter, Becky Hayes and husband, Thomas Sakole of Ashburn, Virgina;
two brothers and three sisters: Wayne Emerson and wife, Betty, Eula Ford, Velma Martin and husband, Marvin and Dale Emerson of Campbellsville and Imogean Hayes of Creston; several nieces and nephews and many other relatives and friends.
Leona was also preceded in death by a son, Carper Dean Hayes, Jr. May 22, 1967.