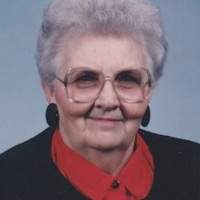 She professed faith in Christ and was a member of God’s Grace Church.

Loretta retired from Fruit of the Loom with over 40 years of service.

She enjoyed working in her garden and flowers.  She was an outgoing person who never met a stranger.

EXPRESSIONS OF SYMPATHY ARE REQUESTED TO BE DONATIONS TO ST. JUDE CHILDREN’S HOSPITAL AND MAY BE MADE AT PARROTT & RAMSEY FUNERAL HOME