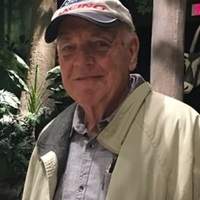 He professed faith in Christ and attended the Winton Road First Church of God, where he was a member of the hospitality committee, an usher for the choir and had assisted with the Haiti mission.

Louis was a retired truck driver and race car driver.

He loved visiting the nursing home with his puppy.

He united in marriage to Vicki Shelton September 6, 1999. Besides his wife Vicki Jones he is survived by his children and grandchildren and many other relatives and friends

EXPRESSIONS OF SYMPATHY REQUESTED TO BE DONATIONS TO

TAYLOR COUNTY SPCA OR GIDEON BIBLES AND MAY BE

MADE AT PARROTT & RAMSEY FUNERAL HOME