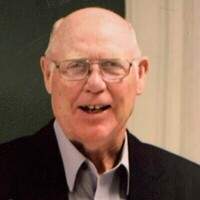 He was a retired employee of GTE after thirty-five years of service.

He professed faith in Christ and was a member of Elk Horn Baptist Church.

He later united in marriage to Wanda Wise Rafferty May 24, 2014.

Manuel was also preceded in death by a brother, Samuel Randolph Sapp November 23, 2003.

in Campbellsville by Dr. Brian Rafferty and Rev. Haywood Riner