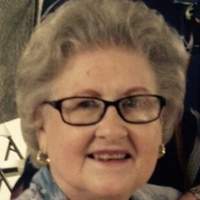 She was a retired elementary school teacher spending the majority of her thirty years teaching 2nd graders at Vine Grove Elementary and Reading to various age groups at Stanford Elementary.

She professed faith in Christ and was a faithful member of Pleasant Hill Baptist Church.  In her younger years and while a member of New Salem Baptist, Vine Grove Baptist and Lancaster Baptist Church, She had taught Sunday School, was a member of the Women’s Mission Organization, helped to organize and teach Vacation Bible School and enjoyed singing in the Church Choir.

She was a long-time member of both the Taylor County and Green County Country Clubs and was an avid golfer for more than fifty years.  Margaret was also a member of the Taylor County Homemakers, a huge UK fan, and enjoyed traveling but she loved her grandchildren more than anything else in the world.

She is survived by one daughter and one son:  Lisa Durham-Holtzclaw and husband, Joey of Campbellsville and Jeffrey Durham and wife, Peggy of Nicholasville; three grandchildren: Ben Durham and wife, Chrissy of Versailles, Daniel Durham of Harrodsburg and Carrie Durham Adams and husband, Anthony of Wellington; six great-grandchildren: Anikah Durham and Ayden Durham of Versailles, Skyla Durham of Buffalo, New York, Daniel Durham of Harrodsburg and Ethan Adams and Aiden Adams of Wellington; one brother-in-law, Bill Milby of Campbellsville; several nieces and nephews and many other relatives and friends.