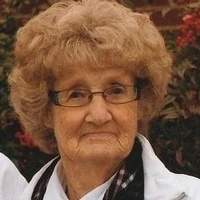 She professed faith in Christ and was a member of South Campbellsville Baptist Church. Margaret was a retired employee of Fruit of the Loom in Campbellsville.