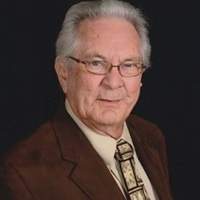 He professed faith in Christ and was a member of First United Methodist Church.

Marshall Wayne enjoyed a career as a timber buyer for over 50 years.  He was co-owner of Superior Export Veneer.

Marshall Wayne adored his family and enjoyed one-on-one quality time with his children and grandchildren.  He also loved the outdoors and hunting.

He was also preceded in death by a granddaughter, Lindsey Kay Benningfield April 9, 1987 and a sister, Emogene Mason.