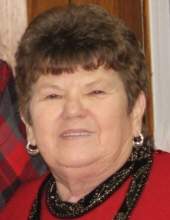 Mrs. Mary Lois Beams Coakley, age 76 of Mt. Sherman, passed away on Saturday at the Taylor Regional Hospital in Campbellsville.

A step-daughter: Mary Lois Milby and her husband, Garland of Louisville.

Three grandchildren: Colton and Ashley Wright, Summer Wright all of Green County, and Scooter and Bethany Earl of Campbellsville.

Visitation is requested from 4 P.M. until 8 P.M., Central Time, Monday at the Cowherd and Parrott Funeral Home and after 7 A.M., Tuesday until time of the funeral service.

Memorials are suggested to the Gideon Bible Fund, or Sugarfoot Farm Rescue which can be made at the funeral home.