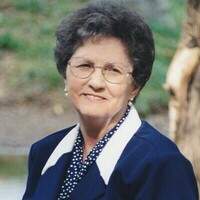 She professed faith in Christ and was the oldest living member of Spurlington United Methodist Church where she was very active with the Methodist Women.

She retired as lunchroom manager with Taylor County School System after 29 years.  She was also a former employee of Fruit of the Loom in addition to supporting her husband in the family farm operation. She has been referred to as a “mother to many, a friend to all”.

She was also preceded in death by a son, Terry Wayne Benningfield June 25, 2011.

AND MAY BE MADE THROUGH PARROTT & RAMSEY FUNERAL HOME