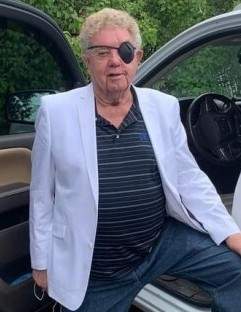 Orville Smith, 78, of Campbellsville, Kentucky, son of the late James Smith and Edith Pennington Smith, was born May 26th, 1943, in Hardin County, Kentucky and departed this life Tuesday, April 5th, 2022, at Louisville Hospital in Louisville, Kentucky.


He was a hardworking man and started his own business doing tree removals. He started Green Acres Tree Removal in Illinois then came to Campbellsville and started Ray’s Tree Removal. Orville was known by many people and was loved dearly. Many knew him for his love of boots and several people called him “Boots” for this very reason. Orville loved bowling where he actually played on a bowling team at Phillips Lane in Campbellsville.  He was a loving husband, father, brother, papaw, and friend. He will be loved and missed by many.


Orville is survived by:


Two brothers: Jimmy Dale Smith, and his wife, Sandy, of Greensburg; and Roger Smith, of Indiana.


Besides his parents and wife, Orville is preceded in death by two beloved children: Brenda Sue Smith, 2008, and Timothy Orville Smith, 2020.