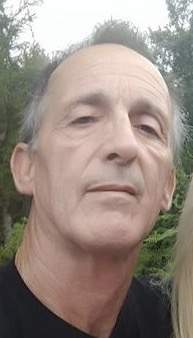 Owen Scott "Scotty" Wheeler, of Florida, formerly of Campbellsville, passed away Friday, March 27, 2020 in Florida. He was born February 11, 1962 to the late Tommy and Vickie (Deering) Wheeler of Campbellsville. He was 58 years of age.

He was an auto body repairman and was of the Christian Faith.

Scotty enjoyed repairing cars and spending time with his family and was the life of the party anywhere he went.

He is survived by a daughter: Kurstin Koschnick of Florida; two sisters: Gayle Mings and husband Daniel and Tracy Dooley, both of Elk Horn; Three brothers: Kelly Wheeler and wife Dolly, Jerry Wheeler, and Steven Wheeler and wife Debra all of Campbellsville; his fiance': Tara Stecher of Florida and a host of other relatives and friends.

Besides his parents, he was preceded in death by a son: Brandon Bowles.

Scotty will be laid to rest in the Campbellsville Memorial Gardens.

Memorials are suggested to the Funeral Expense Fund, which can be made at the funeral home or online at www.lrpetty.com homepage "How Can I Help" Tab.

Due to efforts to combat the spread of COVID-19 and recent requirements implemented by the Office of Governor Andy Beshear and the Kentucky Board of Embalmers and Funeral Directors, all funeral services will be performed privately.