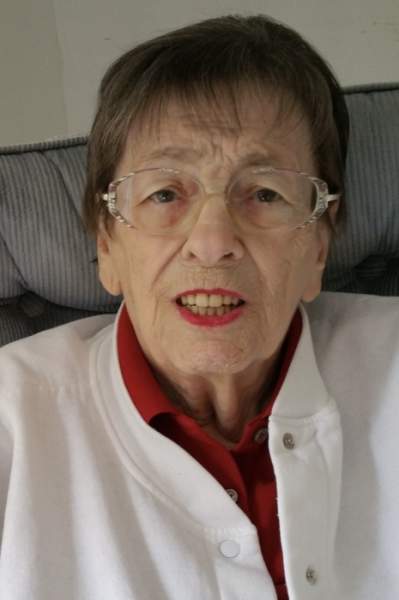 Ruth Kilby Van Cleave of Campbellsville, KY and Boulder, CO, the daughter of Robert E. Lee and Lou Vada (Wethington) Kilby, was born and raised in the Acton Community of Taylor County.  She passed away peacefully in her sleep from natural causes on June 17, 2022 with her husband, daughter, and son-in-law at her home in Campbellsville. She was 86 years of age.

After graduating from Taylor County High School, Ruth met and married George William “Bill” Van Cleave, who soon joined the Army.  Ruth traveled with her husband around the country while he was in the military and later when he was an engineer with IBM. Ruth and Bill went on to have two children, Vicki and Michael. Ruth loved to travel and explore new places.  She met friends everywhere she went. When IBM moved her husband to Boulder, she fell in love with Colorado and felt she had found her "home". She stayed in Colorado for 42 years, and split time between Boulder and Campbellsville for 22 years.

Ruth was a lover of genealogy, fishing, crafting, sewing, landscaping, and staying busy with her hands.  She regularly played Bridge, Gin Rummy and Scrabble.  She was dedicated to helping children in need by sewing and donating clothes and toys.

Besides her parents, Ruth was preceded in death by 3 sisters and 4 brothers, Naomi Jones, Leona Pike, Ella Wagner, Elza, Troy, Roy, and Howard Kilby; her son, Michael Van Cleave in 2019; and her great granddaughter, Mia Miller in 2014.

Services for Ruth Kilby Van Cleave will be at:

Entombment will be in the Campbellsville Memorial Gardens Mausoleum, Monday, June 27, 2022 at 11:00 A.M.