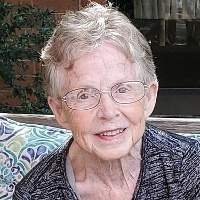 Sarah Laverne Crawley, 86, of Campbellsville, passed away on Friday, August 16, 2019, at Treyton Oak Towers in Louisville, Kentucky. Daughter of the late Robert Lewis Gupton and Sarah (Sally) Katherine Sanders Gupton, she was born February 18, 1933, in Taylor County, Kentucky. She professed faith in Christ and was a member of Pleasant Hill Baptist Church where she taught Children’s Sunday School classes, Girls in Action, Acteens, and was an active member of the Women’s Missionary Union. She was retired from Fruit of the Loom and had worked at Victor’s and Bobbie Jean’s in Campbellsville, and as a bookkeeper for Superior Radio in in Lebanon, where her husband was co-owner. Sarah was united in marriage to Dennis Wilmore Crawley, Jr. on April 10, 1950. She was known for her sewing and creating many quilts and animals for family and friends. Sarah and her late husband, Dennis (Jr.), were known as loving, generous people who gave of their time and ministered to numerous people in their church and community. They gladly opened their home to many and were affectionately known as “Mom and Pop.”