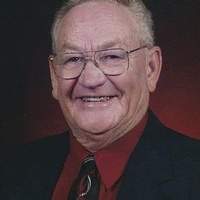 He professed faith in Christ and was a member of Campbellsville Baptist Church where he served as a deacon for many years and named a deacon emeritus. He also had been an outreach director, and with his wife operated a children’s bus ministry and taught Sunday School for the children.

Red served his country honorably in the National Guard for six years.

He was owner and operator of Red’s Auto Sales for forty-one years.

Besides his wife, Juanita Fay Goff of Campbellsville, he is survived by one daughter, Venessa Nunn of Campbellsville; one brother and two sisters: Henry Goff and Elizabeth Humphress of Campbellsville and Beverly Drummond of Liberty; several nieces and nephews and many other relatives and friends.

He was also preceded in death by his son-in-law, Brian Nunn; a brother, Jessie Goff and a brother and sister in infancy.