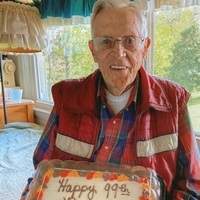 He professed faith in Christ and was a member of Campbellsville Baptist Church.  Willard had worked with the Bill Glass Prison Ministry and had gone on a Baptist Mission Trip to Russia and Guatamala.

Willard was a retired finish carpenter and still worked on his farm.  He had built his own house with his wife, Delma and even cutting their own timber to build it with.  They were members of the Christian Motorcycle Club and had ridden motorcycles in forty-eight states.