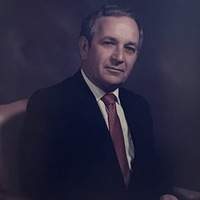 William J. (Junior) Rogers, age 90, died on Sunday, September 26, 2021 at Hosparus Inpatient Care Center in Louisville. He was born November 23, 1930 to the late Joseph Alvin and Josie Ann Rogers. He was very active in the community and the Lebanon United Methodist Church.  He served a term on the Lebanon City Council, was a Director at Farmers National Bank, on the Board of the Lebanon Country Club, and was a member of the Lebanon Optimist Club. As a long-time member of the Lebanon United Methodist Church he served as Finance Chair, was on many of the various church committees and was a Sunday School member. He and his wife Della lived the majority of their lives in Lebanon, KY where they owned and operated T & H Feed Service.